The pendant is largely intact, although there are several small old chips at the throat, on the back, and on the rear and bottom of the left horn; there is a modern chip on the right horn. Each upper eyelid has small chip losses. A section on the right side of the suspension device was broken off and reglued before the pendant’s entry into the Getty Museum. There is some loss associated with this area. The surface was apparently treated with a consolidant, such as amber oil. The surface has ocher-colored degradation material in interstices, particularly on the throat. The amber is a dull red-brown except for the shiny areas of the exposed fractured inner surface, which show the material’s transparency. In transmitted light, the pendant is dark red. The only visible inclusion is in the fissure that rises to the surface at the back.

The pendant is almost tubular. The horns do not rise higher than the poll, and they curve out timidly. The muzzle is somewhat squared off. The eye sockets are hollowed. The broad, flat nose has a ridgeline across its tip, much in the way that the nostrils of some pre-Roman amber lions are indicated (see, for example, 77.AO.81.10 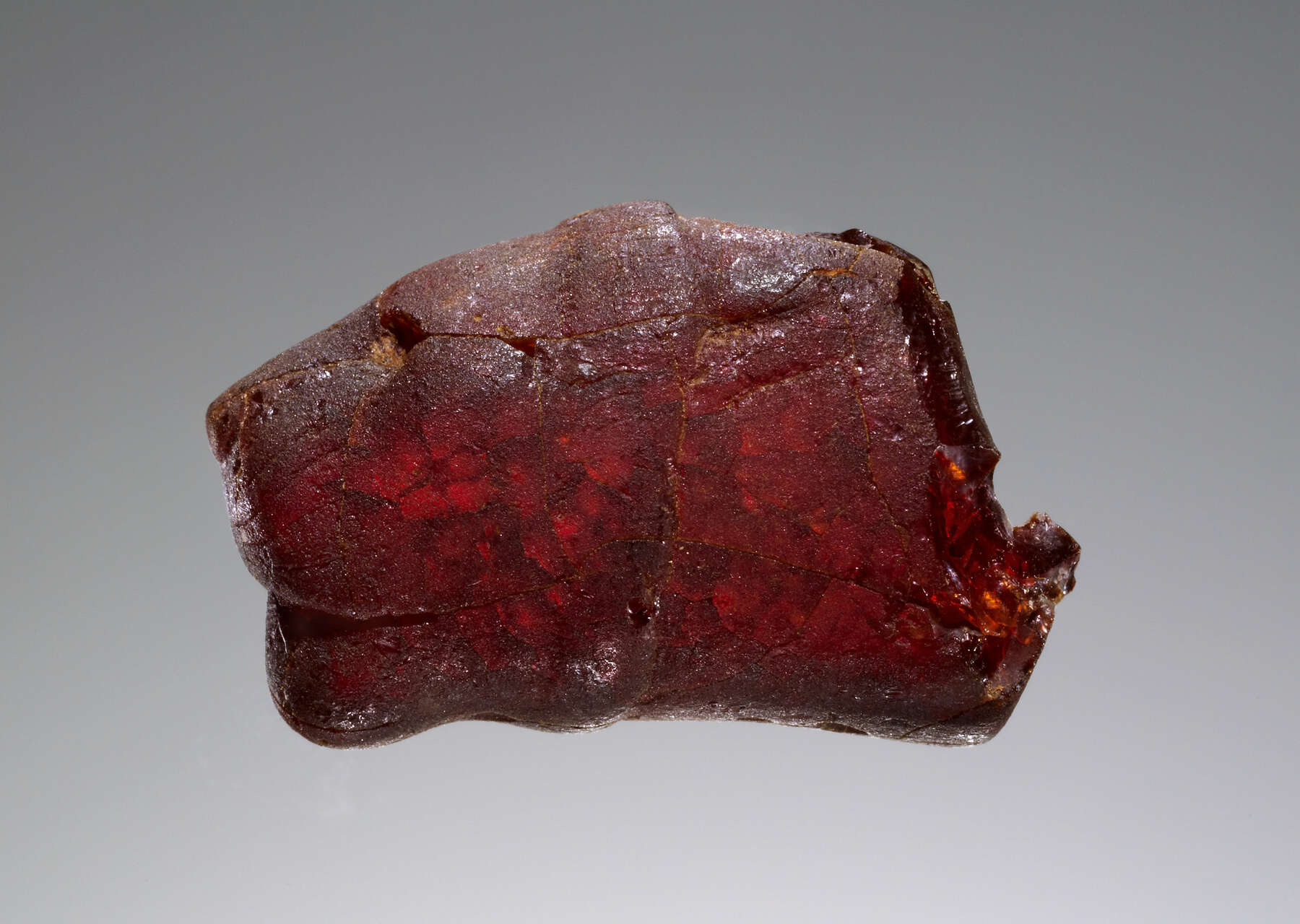 Cat. no. 36, cat. no. 36). The line extending from each inner canthus along the length of the nose is clearly indicated. The underside of the chin is flat. The upper lip puffs out slightly on both sides of the mouth.

The poll rises between the base of the horns from a shallow but broad V-shaped incision centered on the forehead; it then spreads outward, curling around and behind the eyes. A pattern of minute, shallow cross-hatched incisions defines the fleece across the forehead and on the cheeks. Shallow, regular incisions circle each horn, whose surface is then smooth from the point of the ear to the tip of the horn.

A 1.5 mm perforation runs through the suspension device, which is decorated with a bead-and-reel design.

This pendant has no close parallel.